So I know it has been a while indeed…forgive me. Bear with me. You guys know the struggle better than anybody else.

I decided to write this post because I found myself astounded by a fellow colleague. I bumped into her in the photocopying room as you do, especially when you work in a school! We started talking and she mentioned my sunglasses. I always wear them at work. The LED lights cause way too many migraine problems for me so I prefer to keep them on. Nobody has time for extra pain and eye strain.

So, I explained to my colleague that I have been dealing with chronic migraine – in which she expressed her sympathy and then revealed that she had recently been experiencing migraines as well. As we got into the conversation, the she started listing all of the health issues she has been dealing with simultaneously since her teenage years.

Now this woman is in her 30s, so she is still a young one. Warriors, I was astonished by the time our conversation wrapped up. She has had multiple surgeries and has been on multiple medications for all of her different illnesses/ conditions.

Bear in mind, I am fully aware that you can never tell somebody’s life story just by looking at them. There are plenty of warriors out there that you would never know are dealing with health problems. Invisible illnesses are out there tricking many people – they are after all, invisible! But with this woman, I honestly never would have known. From my experience so far, many of us in the chronic illness community exude something to the point where we can recognise the signs. Because we live the experience of chronic pain everyday, we know the signs when we seem them. Her body language has never indicated she was in any pain at all and I have never seen her have a down day.

When I pointed this out to her, she explained that she prefers to laugh her pain off. She also told me about her grandfather who was declared to have 3 months to live but he survived for 5 years. She told me that seeing her grandfather in that situation taught her from an early age to be positive and to keep fighting no matter what. She is very much the warrior that won’t take anything lying down. She is balanced in her realistic perspective – yes she is ill and will deal with this for her life, but she doesn’t see the need to be down about it. She plans to make the make the most of life and maintain her joy.

So why did I share this story with you?

Honestly, I was so inspired by the time I finished speaking to her, that I felt like I just had to share it with you all. Before I ran into my colleague, I was having a really tough day. I had one of those migraines that just make you want to sit in the corner and cry your life away. I was finding it very hard to be optimistic. Running into my colleague turned my day around. During that conversation, I was suddenly struck with the thought that I have been talking to a secret pain warrior all along and never knew. She was a covert pain warrior.

Now I don’t use the word ‘covert’ with the implication that warriors are extremely overt and attention seeking with their pain. I also don’t use the word ‘covert’ to suggest that we should in any way actually hide it either. If people know, they know. That can be an opportunity to raise awareness. But we don’t need to shout it from the rooftops either. I use the word ‘covert’  because my colleague’s pain wasn’t obvious. At all. Her illnesses are very invisible indeed. However, her positive outlook on life and focus were so strong – it masked everything & threw me off of the scent of a pain warrior. It is so hard to not let the essence that comes from being in pain chronically, surround us to the point that we exude suffering. Usually, people can’t tell we’re dealing with an illness until we say or do something that is rather odd – which inclines people to ask us questions.

What can we learn from this?

I think that we can all learn something from the covert pain warrior. Being a pain warrior is never easy. That is a fact. That being said, it is possible to attain the mind-set that focuses on having an optimistic outlook on life. Getting that into your grip and keeping it takes hard work and consistent retraining of the mind, but it is not impossible. Our covert pain warrior proves that.

So how do you train yourself to be optimistic? Well, that’s another post altogether…keep an eye out for when I address that topic.

2 thoughts on “The Covert Warrior” 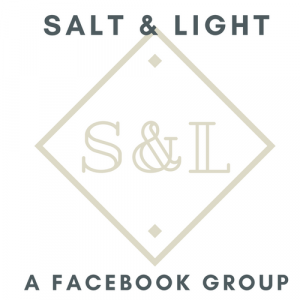 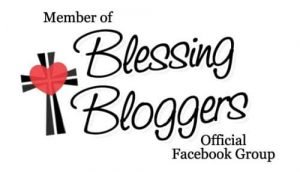